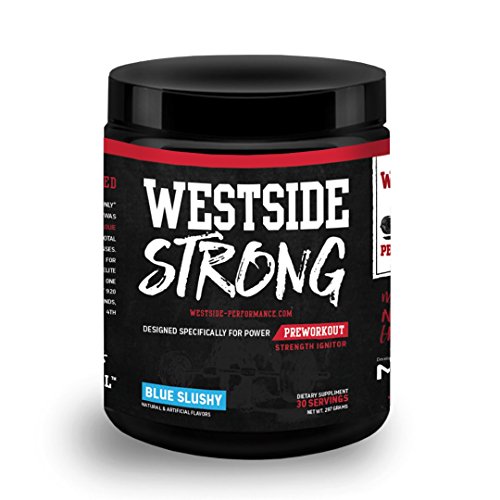 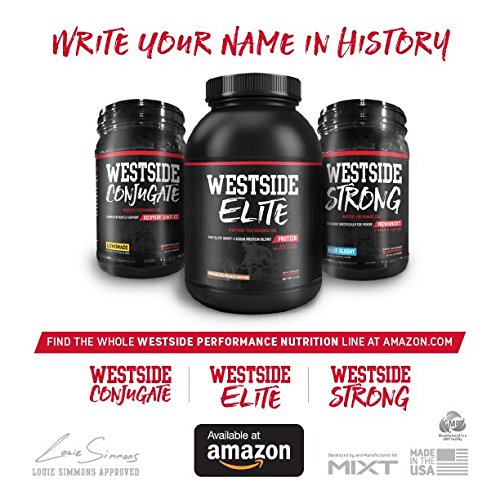 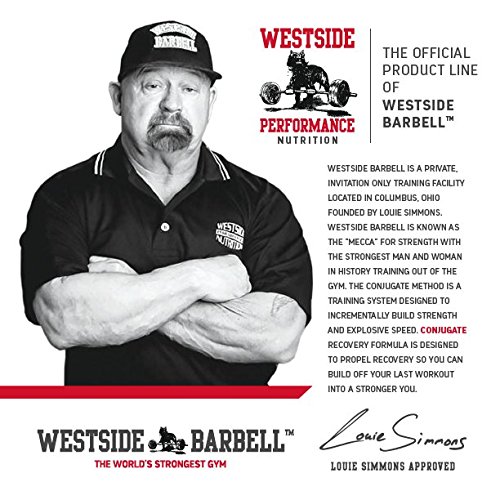 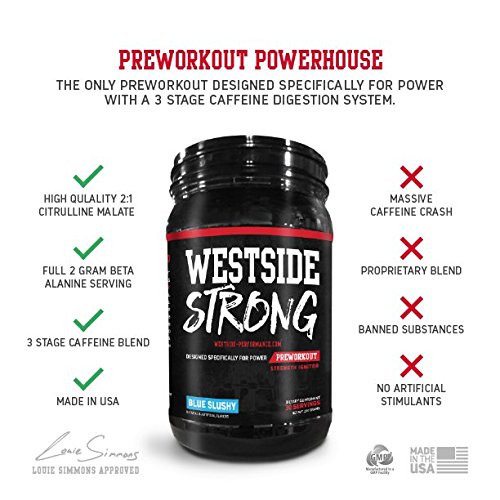 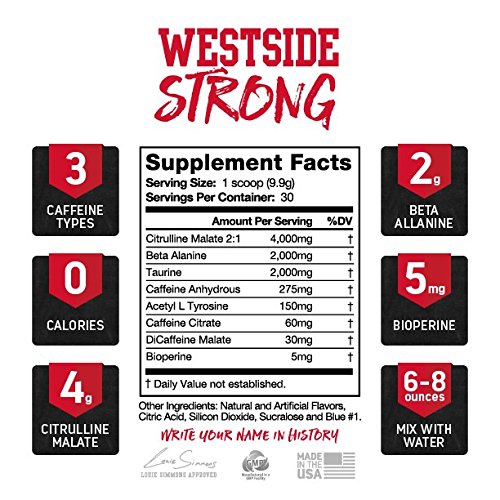 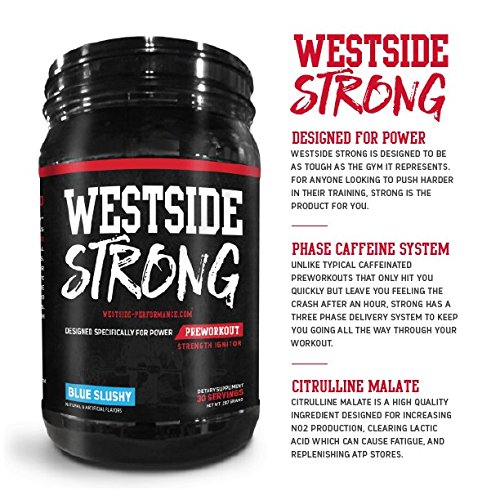 WESTIDE PERFORMANCE NUTRITION Westside Performance Nutrition is the official Supplement line of the worlds strongest gym, Westside Barbell. Westside is a private, invitation only gym that host's the worlds strongest and best athletes all looking for one thing - immense strength. We're all looking to build our legacy - write your name in history with Westside Performance Nutrition. Strong - Specifically Designed for Power Westside Barbell gained it's acclaim not only for their brash style but because of their ability to produce raw and brutal strength. Strong was designed with this in mind to cater to those specifically looking for something Strong enough to handle what they want to accomplish!. 3 Stage Caffeine SystemUnlike your typical 300 plus milligrams of caffeine preworkouts that slap you for the first three sets but have you falling off and crashing by the end of the workout, Strong contains a sustained release formula. Using 3 types of caffeine, Caffeine Citrate for the quickest release, anhydrous for middle workout absorption, and dicaffiene malate for a slow release, Strong allows you to power long into your workout with no crash. Strong's IngredientsCitruline Malate in a 2:1 Ratio is a high quality ingredient that works to not only produce NO2 better than Arginine but also remove lactic acid build up and increase ATP. Be weary of small doses and less than a 2:1 ratio! Strong contains a full 4 grams. We all know the Beta Alanine tingle, but that's not all that's happening. Beta Alanine has been showed as a primary compound for use in muscle fatigue resistance. Strong's caffeine citrate and beta alanine quickly hit you to kick-start any workout. Strong Contains 2 full grams of Beta Alanine per serving.Write your name in history with Westside Performance Nutrition! 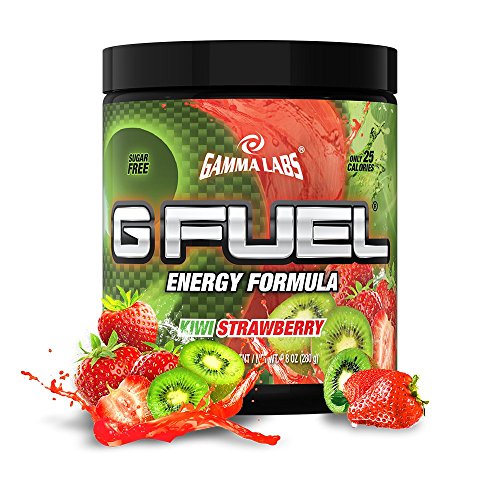 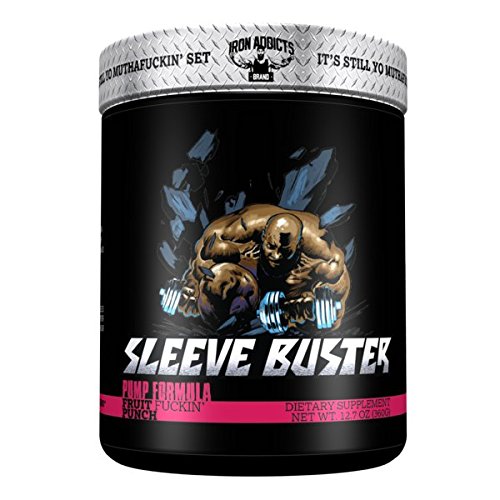 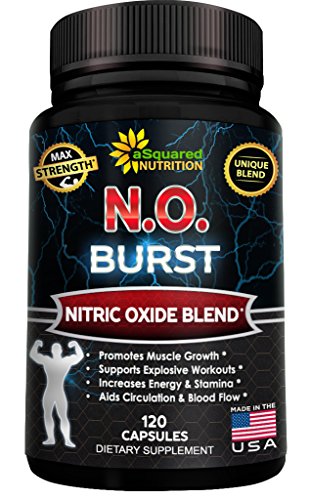 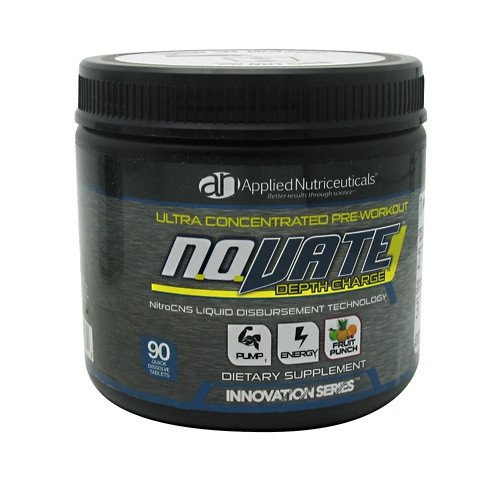 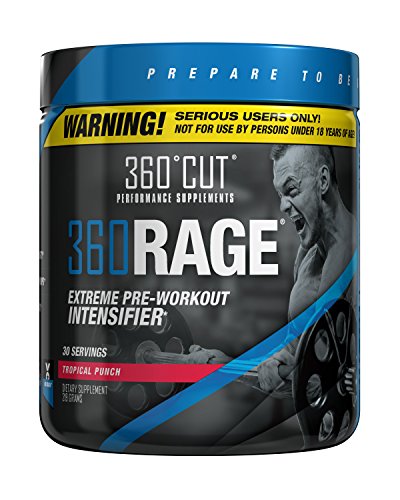 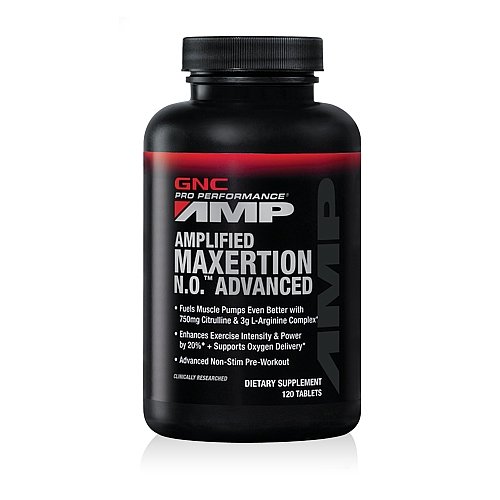 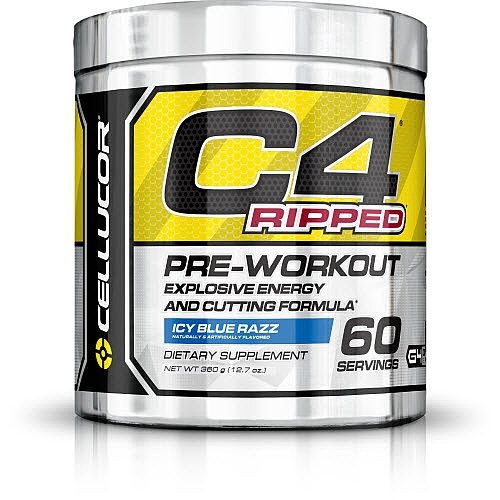 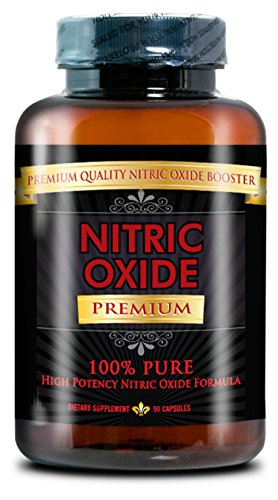 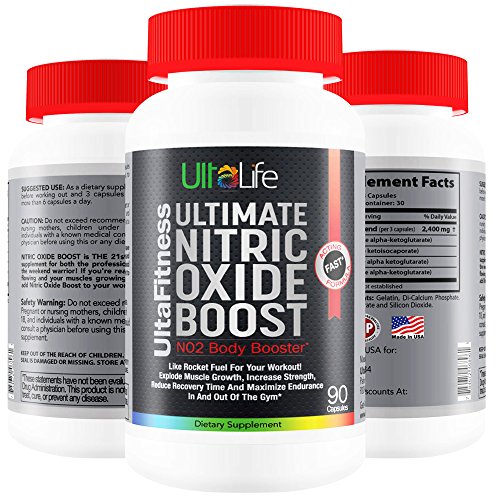 #1 Nitric Oxide Booster -- Ultimate Nitric Oxide Supplements + L Arginine Are The Best Pre Workout Pills To Build Muscle Fast, Increase Strength, Reduce Recovery Time and Maximize Endurance In And Out Of The Gym! Experience "The Power of The Pump" for You
$24.95 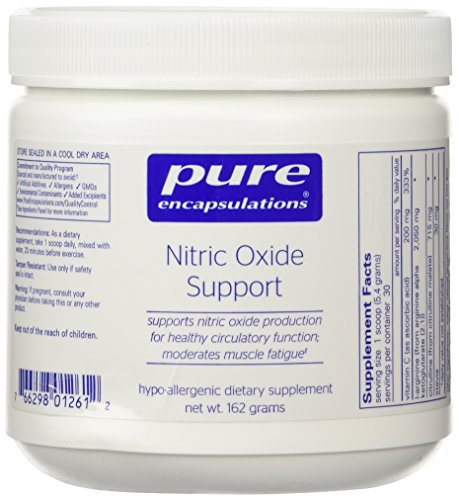 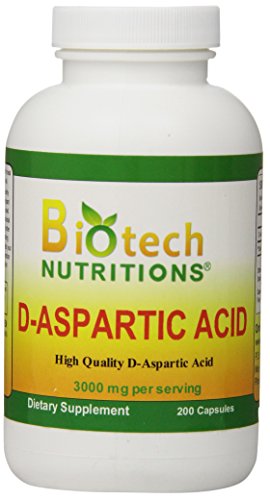 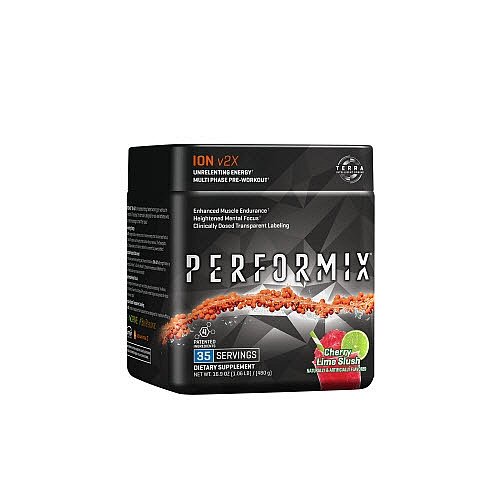